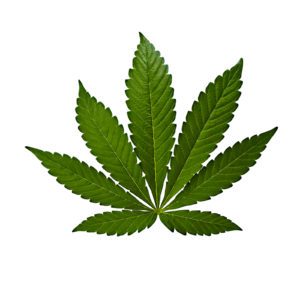 While many other states in the nation have made efforts to decriminalize or even outright legalize marijuana, cannabis remains illegal in Texas. As a result, possession of even a small amount of this controlled substance can result in serious criminal charges.

Possession of 4 ounces or less of marijuana is a misdemeanor offense in Texas, but a conviction can carry several steep immediate and long-term consequences. In addition to possible jail time, fines, and suspension of a person’s driver’s license, an alleged offender will also have a criminal record that can create significant hardships when it comes to employment, housing, or college applications.

Lawyer for Misdemeanor Marijuana Possession in Fort Worth, TX

Were you recently arrested for alleged misdemeanor marijuana possession in the DFW area? You will want to make sure that you contact Gebhardt and Eppes, PLLC before making any kind of statement to authorities.

Gebhardt and Eppes, PLLC are criminal defense attorneys in Fort Worth who defend clients throughout Tarrant County, Parker County, and Johnson County against all kinds of marijuana charges, including Fort Worth, Cleburne, Arlington, Weatherford, and many other nearby communities. Call (817) 502-3600 today to have our lawyers provide a complete evaluation of your case during a free initial consultation.

Texas Health and Safety Code §481.121 makes it illegal for a person to knowingly or intentionally possess a usable quantity of marijuana (referred to in the statute as “marihuana,” but more commonly known as pot, weed, chronic, or bud). Marihuana is defined as the plant Cannabis sativa L., whether growing or not, the seeds of that plant, and every compound, manufacture, salt, derivative, mixture, or preparation of that plant or its seeds.

The term does not include:

Possession of marijuana crimes are classified as follows when an alleged offender possesses 4 ounces or less of cannabis:

If an alleged offender is convicted of possessing 4 ounces or less of cannabis, that person could face one of the following sentences depending on the classification of the crime:

In addition to possible incarceration and/or fines, alleged offenders convicted of marijuana possession crimes can also have their driver’s licenses suspended. Texas Transportation Code § 521.372 establishes that a person’s driver’s license is automatically suspended on final conviction of any offense under the Controlled Substances Act.

If the alleged offender did not hold a driver’s license, the Texas Department of Public Safety (DPS) will not issue a license to that person. If he or she did have a license it will be suspended for 180 days after the conviction.

Texas DPS | Texas Arrest Data — View the full breakdown of arrests in Texas in 2015, including those for marijuana offenses. Arrests are broken down by race, ethnicity, gender, and age groups, and you can see that marijuana constitutes a majority of the drug possession arrests for every group. It is important to note that KWRG reported in 2015 that 97 percent of marijuana arrests were for possession of 2 ounces or less.

Texas legislators file bills aimed at decriminalizing marijuana — In November 2016, the Texas Tribune reported that several state legislators submitted proposals for the 2017 legislative session to decriminalize small amounts of marijuana. Among the bills listed here, two would replace criminal penalties for possession of up to an ounce of marijuana with a civil penalties, one would create a specialty court for certain first-time marijuana possession offenders, and another would simply allow voters to decide whether marijuana should be legalized in Texas. As the article notes, lawmakers proposed a number of bills to decriminalize marijuana in 2015 as well, although those were unsuccessful.

If you were arrested in the greater DFW area for allegedly possessing 4 ounces or less of marijuana, it will be in your best interest to not say anything to authorities until you have legal representation. Gebhardt and Eppes, PLLC can fight to help you achieve the most favorable outcome to your case, whether it is deferred adjudication or straight probation through the local drug court or having the criminal charges reduced or dismissed.

Fort Worth criminal defense lawyers Gebhardt and Eppes, PLLC represent individuals accused of various cannabis crimes in Weatherford, Fort Worth, Cleburne, Arlington, and surrounding areas of Tarrant County, Parker County, and Johnson County. They can review your case and answer all of your legal questions when you call (817) 502-3600 or submit an online form to take advantage of a free, confidential consultation.