DWI with a Child Passenger 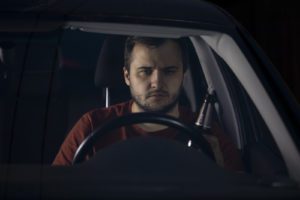 In most cases, a first arrest for driving while intoxicated (DWI, but also referred to as driving under the influence or DUI) is a misdemeanor offense. If a child is a passenger in the vehicle when an individual commits a DWI offense, this crime becomes a felony.

Because DWI with a child passenger is considered a type of child endangerment, alleged offenders can face many additional consequences for a conviction in addition to possible jail time and fines. The Texas Department of Family and Protective Services may attempt to remove the child from a parent’s custody, and people convicted of this crime can also lose certain rights and become ineligible for certain forms of government assistance.

Attorney for DWI with a Child Passenger Arrests in Fort Worth, TX

If you had a child passenger when you were arrested for an alleged DWI offense in the DFW area, it is in your best interest to not make any kind of statement to authorities until you have legal representation. Townsend, Gebhardt & Eppes, PLLC can investigate the circumstances of your arrest and fight to possibly get the criminal charges reduced or dismissed.

Fort Worth criminal defense lawyers Townsend, Gebhardt & Eppes, PLLC represent individuals accused of various drunk driving crimes in Weatherford, Fort Worth, Cleburne, Arlington, and many surrounding areas of Tarrant County, Parker County, and Johnson County. Call (817) 502-3600 today to have our attorneys review your case and help you understand your legal options during a free, confidential consultation.

DWI with a Child Passenger Charges in Texas

Under Texas Penal Code § 49.045, an alleged offender can be arrested for DWI with child passenger if:

Intoxicated is defined under Texas Penal Code § 49.01(2) as either:

DWI with a Child Passenger Penalties in Tarrant County

A first DWI arrest is typically classified as a Class B misdemeanor. When an alleged offender has a passenger younger than 15 years of age, he or she commits the crime of DWI with child passenger which is classified as a state jail felony.

A conviction for this crime can result in a sentence that includes any combination of the following punishments:

Child Endangerment Drunk Driving Laws | Mothers Against Drunk Driving (MADD) — MADD identifies itself as “the nation’s largest nonprofit working to protect families from drunk driving, drugged driving and underage drinking.” As this literature from the organization notes, 47 states charge additional penalties to motorists who allegedly drive drunk with a child passenger in the vehicle, although Texas is only one of seven states that makes such crimes a felony offense. Learn more about statistics relating to drunk driving crashes involving child passengers and see how Texas’ law compares to other states.

Gonzalez v. State, No. 13-16-00134-CR (12/8/16 13th COA) — On July 5, 2014, Kimberly Gonzalez was driving a motor vehicle that was involved in a traffic accident. She had one adult passenger and her three children were passengers in the back seat. Gonzalez was indicted on three counts of intoxication assault and three counts of DWI with a child passenger. The indictment was later amended to omit one of the intoxication assault counts, and Gonzalez pleaded guilty to the three counts of DWI with a child passenger while the State dismissed the two intoxication assault counts. Gonzalez argued on appeal that her convictions violated the Double Jeopardy Clause because they all arose from the same traffic accident, and on December 8, 2016, the Thirteenth Court of Appeals agreed, vacating the judgment as to two of the counts and affirming the judgment as to the remaining count.

Fort Worth DWI with a Child Passenger Defense Lawyer

Was a child a passenger in your vehicle when you were arrested in the DFW area for an alleged DWI offense? Prosecutors aggressively pursue maximum punishments in these cases, and you will want to contact Townsend, Gebhardt & Eppes, PLLC as soon as possible for help achieving the most favorable outcome to your case.

Townsend, Gebhardt & Eppes, PLLC are experienced criminal defense attorneys in Fort Worth who defend clients in communities throughout Tarrant County, Parker County, and Johnson County, including Arlington, Weatherford, Fort Worth, Cleburne, and many others. You can have our lawyers provide a complete evaluation of your case when you call (817) 502-3600 or fill out an online form to schedule a free initial consultation.