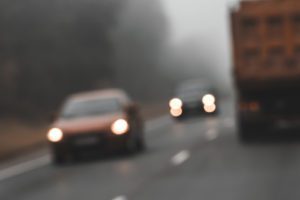 Texas Penal Code § 49.01(2) defines intoxicated as meaning not only having an alcohol concentration of 0.08 or more, but also “not having the normal use of mental or physical faculties by reason of the introduction of alcohol, a controlled substance, a drug, a dangerous drug, a combination of two or more of those substances, or any other substance into the body.” Because state law does not establish any minimum amount of marijuana metabolites in a person’s system that can lead to DWI charges, people can be arrested for this crime if blood or urine tests show they have any amount of cannabis in their systems.

Lawyer for Marijuana DWI Arrests in Fort Worth, TX

If you were arrested for allegedly driving under the influence of cannabis in the DFW area, it will be in your best interest to not say anything to authorities without legal representation. Gebhardt and Eppes, PLLC can help you achieve the most favorable outcome to your case and fight to possibly get these criminal charges reduced or dismissed.

Gebhardt and Eppes, PLLC are experienced criminal defense attorneys in Fort Worth who represent clients accused of alleged drugged driving crimes in Cleburne, Fort Worth, Weatherford, Arlington, and many other surrounding areas in Tarrant County, Parker County, and Johnson County. They can provide a complete evaluation of your case as soon as you call (817) 502-3600 to take advantage of a free initial consultation.

A person can be arrested for DWI under Texas Penal Code § 49.04 if he or she is intoxicated while operating a motor vehicle in a public place. While most alcohol-related DWI offenses involve police officers asking alleged offender to submit to breath tests, authorities rarely have the equipment necessary to perform roadside tests for controlled substances such as cannabis.

Police usually charge alleged offenders with marijuana-related DWI offenses when officers find circumstantial evidence to support their beliefs. If authorities find alleged offenders are in possession of cannabis or claim their vehicles smelled like marijuana and the individuals exhibit symptoms associated with being under the influence of cannabis, these factors can often lead to people being charged with DWI marijuana.

In some cases, a police officer may summon for the assistance of a specially-trained officer known as a Drug Recognition Expert (DRE) who will run a variety of tests that typically includes a toxicological examination. Generally, a urine test or blood test will be used to test for the presence of marijuana in an alleged offender.

It is important to understand that even if an alleged offender does test positive for a controlled substance such as cannabis, it does not necessarily mean that the person was under the influence of that drug at the time he or she was driving. Marijuana in particular has a very lengthy detection period, meaning that its metabolites may appear in drug tests up to one month after the cannabis was originally consumed.

Marijuana DWI offenses are subject to the same sentencing as alcohol related DWI offenses. An alleged offender who is convicted of this crime can face increasing sets of punishments if he or she has been previously convicted of any DWI offense.

Marijuana and Driving: A Review of the Scientific Evidence — National Organization for the Reform of Marijuana Laws (NORML) is a nonprofit organization dedicated to the legalization of marijuana in the United States. On this section of its website, you can find the results of many different studies calling into question how much cannabis intoxication impairs a person’s ability to operate a motor vehicle. Find information relating to crash culpability studies, on-road performance studies, driving simulator studies, and more.

Drugs of Abuse: Marijuana | Mayo Medical Laboratories — The Mayo Clinic is widely regarded as one of the best hospitals in the United States, and Mayo Medical Laboratories operates within the Mayo Clinic’s Department of Laboratory Medicine and Pathology. Visit this particular section of its website to learn more about the approximate detection times for marijuana metabolites in urine. As the website notes, marijuana’s parent drug, Δ9-tetrahydrocannabinol (THC), “has a clearance half-life of less than 30 minutes and is not detectable in urine,” but its major metabolite, tetrahydrocannabinol carboxylic acid (THC-COOH), is inactive and very lipid soluble with exposure being detectable up to three days after a single use or up to 30 days for heavy chronic users.

Were you recently arrested in the DFW area for allegedly driving under the influence of marijuana? It will be critical for you to retain legal counsel as soon as possible. Contact Gebhardt and Eppes, PLLC today.

Fort Worth criminal defense lawyers Gebhardt and Eppes, PLLC aggressively defend individuals all over Tarrant County, Parker County, and Johnson County, including Arlington, Cleburne, Fort Worth, Weatherford, and several other nearby communities. Call (817) 502-3600 or submit an online form to have our attorneys review your case and discuss all of your legal options during a free, confidential consultation.