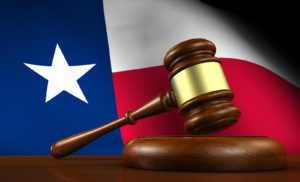 People with no prior criminal record understandably have very limited knowledge of how the Texas criminal process works in Fort Worth, Weatherford, Tarrant County, Parker County, Johnson County, and surrounding areas of Texas. Some alleged offenders can be startled to learn that the process is much more complex than simplified film and television depictions have led them to believe.

When a person has been arrested or believes that he or she is being investigated in connection to an alleged crime, it is critical to immediately retain legal counsel. Working with an experienced attorney can help an alleged offender anticipate what will happen and restore some peace of mind during a very stressful time.

Fort Worth Lawyer for Criminal Proceedings

If you have been charged with any kind of crime in Tarrant County, Parker County, Johnson County, or a nearby community in North Central Texas, do not delay in seeking legal representation. Gebhardt & Eppes, PLLC aggressively defends clients throughout Fort Worth, Cleburne, Weatherford, Arlington, and many surrounding areas.

Our Fort Worth criminal defense attorneys have over four decades of combined experience on both sides of the aisle, providing you with a fully informed and well-rounded perspective on criminal charges. We’ll work with you to understand your rights all throughout the Texas criminal process. Call (817) 502-3600 today to have our lawyers review your case during a free, confidential consultation.

Investigation, Arrest, and Notice to Appear

A police investigation begins at the scene of an alleged crime. If there is enough evidence to establish probable cause (reasonable grounds to make an arrest or receive an arrest warrant), law enforcement can move forward with taking an alleged offender into custody.

Depending on the specific crime, an alleged offender may be arrested and taken into custody or issued a notice to appear in court at a later date. In the latter case, if the alleged offender fails to appear, then a bench warrant may be issued for his or her arrest.

A district judge will organize a grand jury of 12 people to hear all of the prosecutor’s evidence. If nine of the dozen grand jurors agree to return an indictment, it is referred to as a true bill. When less than nine grand jurors vote to charge an alleged offender, the grand jury returns a no bill and criminal charges are not pursued.

During the arraignment, the judge will also decide whether bail should be granted and the amount. Chapter 17 of Texas Code of Criminal Procedure establishes three types of bail bonds for an alleged offender’s release:

After arraignment, the case may have several pretrial settings where the prosecutor and the defense attorney will typically engage in pretrial negotiations.

During this time, the defense attorney can file several motions, including but no limited to:

If a case is tried to a jury, both the prosecutor and defense attorney as well as the judge question potential jurors through a process called “voir dire” (pronunciations ranging from “vwah deer” to “vorr dyer” to “vwar deer,” although some just call it jury selection). After a jury has been selected, the trial typically unfolds through the following stages:

If the jury reaches a verdict of not guilty, the alleged offender is immediately released and free to go. If a guilty verdict is reached, then the judge sets a date for sentencing. If the jury is unable to agree on a verdict (also called a hung jury), then the judge can declare a mistrial and the prosecution may seek to have the case tried again before a new jury.

The accused is given the option before the trial to decide whether his or her potential sentence will be determined by the judge or jury. If a jury is chosen, then the same jury that determined culpability will also decide the punishment in a separate hearing.

If a judge is chosen, he or she may request a pre-sentence investigation report. The judge reviews the report and its recommendations before the sentencing hearing and a defense lawyer can also submit a additional evidence with mitigating factors that may support a lighter sentence. Depending on the alleged offense, sentencing may include imprisonment, fines, probation, and/or community service.

If a person if convicted following a trial, he or she may appeal the case to the Court of Appeals. Both Tarrant County and Parker County are among the dozen counties served by the Second Court of Appeals in Fort Worth. Any subsequent appeals would go to the Texas Court of Criminal Appeals (CCA), which is the court of last resort for all criminal matters in Texas.

Tarrant County Courthouse — This 1895 structure is considered the “architectural masterpiece” of Fort Worth. As part of the Tarrant County government campus, the building now houses the County Commissioners Court as well as the county clerk’s office and probate and county courts at law.

Find a Lawyer for Help with Criminal Process in Fort Worth, TX

Were you arrested for a criminal offense in the greater Fort Worth area? It will be in your best interest to immediately seek legal representation to help you understand the Texas criminal process.

Gebhardt & Eppes, PLLC defends clients all over Parker County, Johnson County, Tarrant County, and surrounding parts of North Central Texas. You can have our Fort Worth criminal defense attorneys review your case when you call (817) 502-3600 or submit an online form to set up a free initial consultation.