Record Sealing and Expungement Attorney in Fort Worth Texas 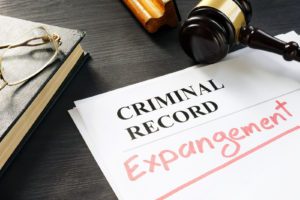 After a person has been arrested, a criminal record can have a detrimental effect on his or her future—regardless of the outcome of the particular case. People with any kind of criminal history can find themselves being denied employment, housing, or educational opportunities.

Fortunately, Texas law does allow people to expunge or seal their criminal records so the arrests do not appear in background checks and are no longer visible to the general public. Many people can also deny the arrests or any subsequent court proceedings on various applications.

If you were charged with a crime in Texas, you do not have to be eternally haunted by your past. The process of expunging or sealing a criminal record in the Lone Star State can be extremely complicated, but Gebhardt & Eppes, PLLC can handle the complex paperwork and help protect your future.

Our experienced Fort Worth criminal defense lawyers assist clients all over Tarrant County, Parker County, Johnson County, and many nearby areas in North Central Texas. You can receive a full review of your case as soon as you call (817) 502-3600 to set up a free initial consultation.

Order of Nondisclosure vs. Expunction. What is the Difference?

In Texas, the sealing of a criminal record is called an order of nondisclosure. This order effectively hides the record of a criminal offense from public view and prohibits law enforcement agencies from disclosing the record. Certain governmental agencies may still be able to access the record.

When a criminal record is expunged, then the records are actually destroyed. Expunction is only available to people who were never charged with the crime for, had their convictions overturned, received a pardon, or were acquitted following a trial. Similarly, an order of nondisclosure is only available when the petitioner was placed on deferred adjudication and the case was later dismissed.

Different offenses have different waiting periods for expungement or record sealing in Texas. Texas Government Code § 411.081(d) establishes the following dates for when a person can petition for an order of nondisclosure:

Texas Code of Criminal Procedure § 55.01 also establishes waiting periods for petitioners seeking expunction of their criminal records. A person cannot expunge his or her record until at least:

Offenses That Are Not Eligible for Record Sealing

People cannot seal or expunge records of criminal offenses for which they were convicted unless those convictions were later overturned or the offender received a pardon.

In June 2015, the 84th Texas Legislature passed Senate Bill 1902, which expanded order of nondisclosure eligibility for first-time offenders with misdemeanor convictions. The legislation was referred to as a “second chance” bill because it allows people with a single misdemeanor conviction who were previously unable to have their records sealed to now seek orders of nondisclosure.

Unfortunately, the statutory changes that went into effect on September 1, 2015 apply only to offenses committed on or after that same date. This means that many Texans with a single misdemeanor conviction before the effective date will remain ineligible for orders of nondisclosure.

Criminal History Records | Texas Department of Public Safety (DPS) — You can learn more about orders of nondisclosure and expunctions in Texas on this section of the DPS website. Additional information includes the sealing of juvenile records, pardons, and misuse of identity. DPS has numerous offices throughout the Lone Star State.

Texas Code of Criminal Procedure | Chapter 55 — You can read the full text of statutes relating to the expunction of criminal records. Learn more about who has the right to expunge a criminal record, the procedure for expunction, and the effect of expunction.

Find a Lawyer for Help Sealing or Expunging a Criminal Record in Fort Worth, TX

Are you trying to seal or expunge your criminal record? Do not think that you have to attempt to do this by yourself.

Gebhardt & Eppes, PLLC helps clients in Fort Worth, Arlington, Weatherford, Cleburne, and other parts of North Central Texas obtain orders of nondisclosure or expunctions for criminal charges that did not result in convictions. Call (817) 502-3600 or complete an online form today to have our Fort Worth criminal defense attorneys evaluate your case during a free, confidential consultation.