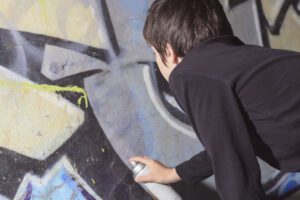 Criminal mischief is not the most common crime contained in the Texas Penal Code. In fact, many people have probably never heard of this crime. We associate criminal mischief with damage to property in some form or fashion. Usually we see these cases arise over a bad break up between husband and wife or in more youthful offenders that damage property for the thrill or to fit in. While this crime may seem silly or petty it does carry the possibility of jail and or prison and significant fines.

Attorney for Criminal Mischief Arrests in Fort Worth, TX

If you were recently arrested for criminal mischief anywhere in the Fort Worth area or Tarrant and Parker County, it will be in your best interest to immediately retain legal counsel. Gebhardt & Eppes, PLLC defends clients accused of criminal mischief offenses in Arlington, Weatherford, Fort Worth, Cleburne, and many other surrounding areas of Tarrant County, Parker County, and Johnson County.

Gebhardt & Eppes, PLLC are experienced criminal defense lawyers in Fort Worth who can help you achieve the most favorable resolution to your case with the fewest possible penalties. Call (817) 502-3600 today to have our attorneys provide an honest and thorough evaluation of your case during a free, confidential consultation.

Penalties and enhancements associated with a criminal mischief

If the amount of pecuniary loss is more than $100 but less than $750 the classification would be that of a class B misdemeanor. An individual could face up to 180 days in the county jail and a fine not to exceed $2,000.

An individual would be charged with a class A misdemeanor criminal mischief if the amount of loss is $750 or more but less than $2,500; or the individual causes impairment or interruption of any public water supply, or causes to be diverted in any manner regardless of the pecuniary loss of value. An individual faces up to 1 year in the county jail and up to a $4000 fine.

Criminal mischief is classified as a State Jail felony if the amount of pecuniary loss is $2,500 or more but less $30,000; less than $2,500, if the property damaged or destroyed is a habitation and if the damage is caused by a firearm or some explosive; less than $2,500 in damage fi the property was a fence used to contain livestock or exotic game; or less than $30,000 and the individual causes impairment of property used for flood control, public transportation, public gas, or other public services. An individual would be looking at no less than 180 days up to 2 years in the State Jail facility and a fine not to exceed $10,000. State Jail time is served on a day for day basis. Which means, if you are sentenced to 180 days you will serve 180 days in State Jail. There is no parole, or early release, like there is for a prison sentence. Recently there has been a change to this in the for of the Diligent Participation Program through State Jail. A Judge has the ability to shave 20% of an individual’s sentence in the State Jail depending on the inmate’s behavior and participation in programs and credits offered. This however is discretionary and in no way a guarantee.

Were you arrested in Fort Worth or Tarrant, Parker or Johnson County area for an alleged criminal mischief offense? Do not say anything to authorities without legal representation. Contact Townsend, Gebhardt & Eppes, PLLC as soon as possible.

Fort Worth criminal defense attorneys Townsend, Gebhardt & Eppes, PLLC
represent individuals all over Tarrant County, Parker County, and Johnson County, including Arlington, Cleburne, Fort Worth, Weatherford, and several others. They can review your case and answer all of your legal questions as soon as you call (817) 502-3600 or complete an online form to take advantage of a free initial consultation.